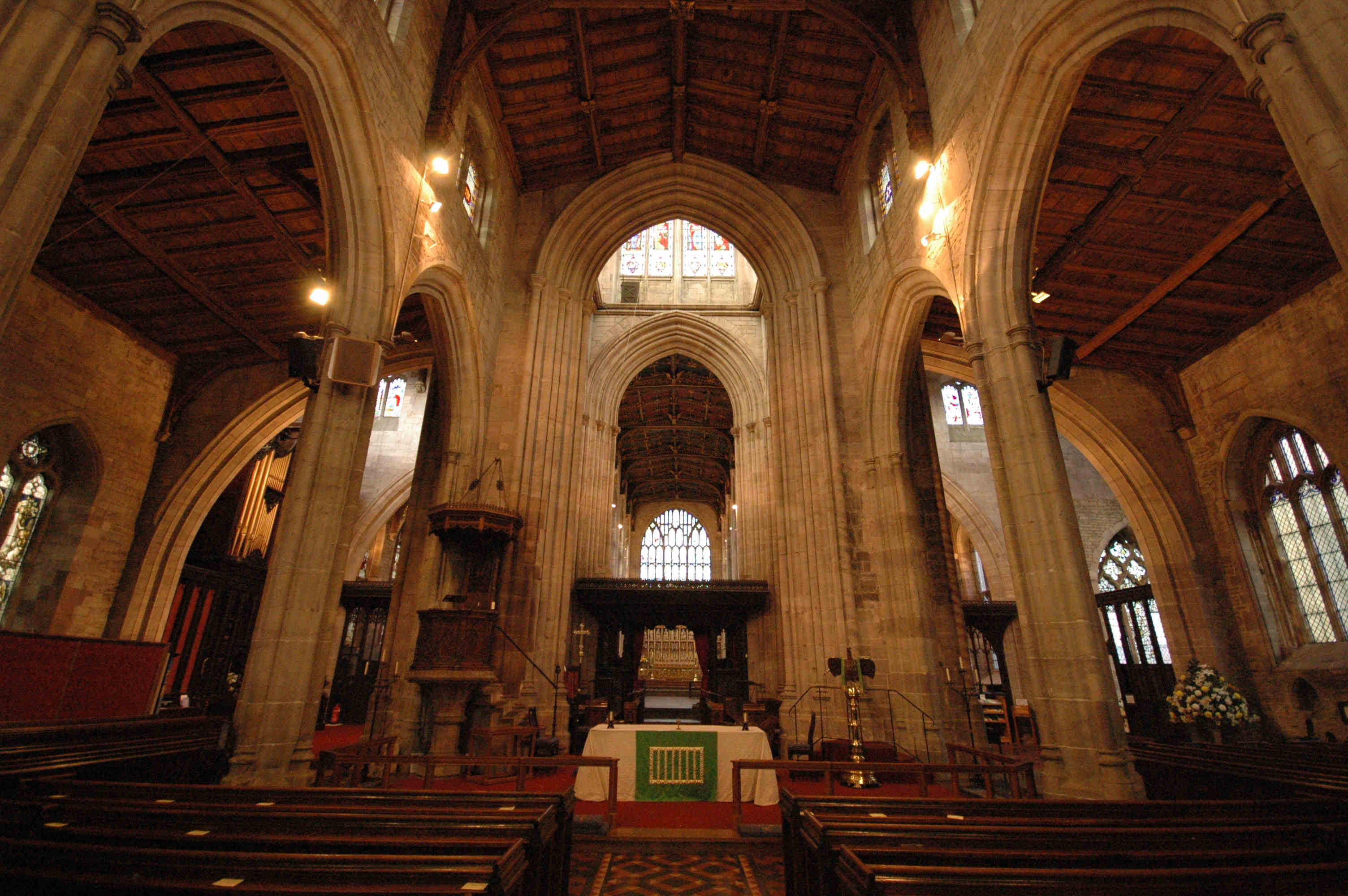 Standing at the West Door and looking down the Church the impression is entirely that of the 15th Century 'Perpendicular' period.

The nave displays all the simplicity of detail characteristic of the period and relies on its height and proportions for its architectural effect. ...read more...

The sheer scale of the tower arches and the way the tower lantern floods the Church with light are a spectacular concept.

Although much greater in scale the arches follow the moulding pattern of the nave. ...read more... 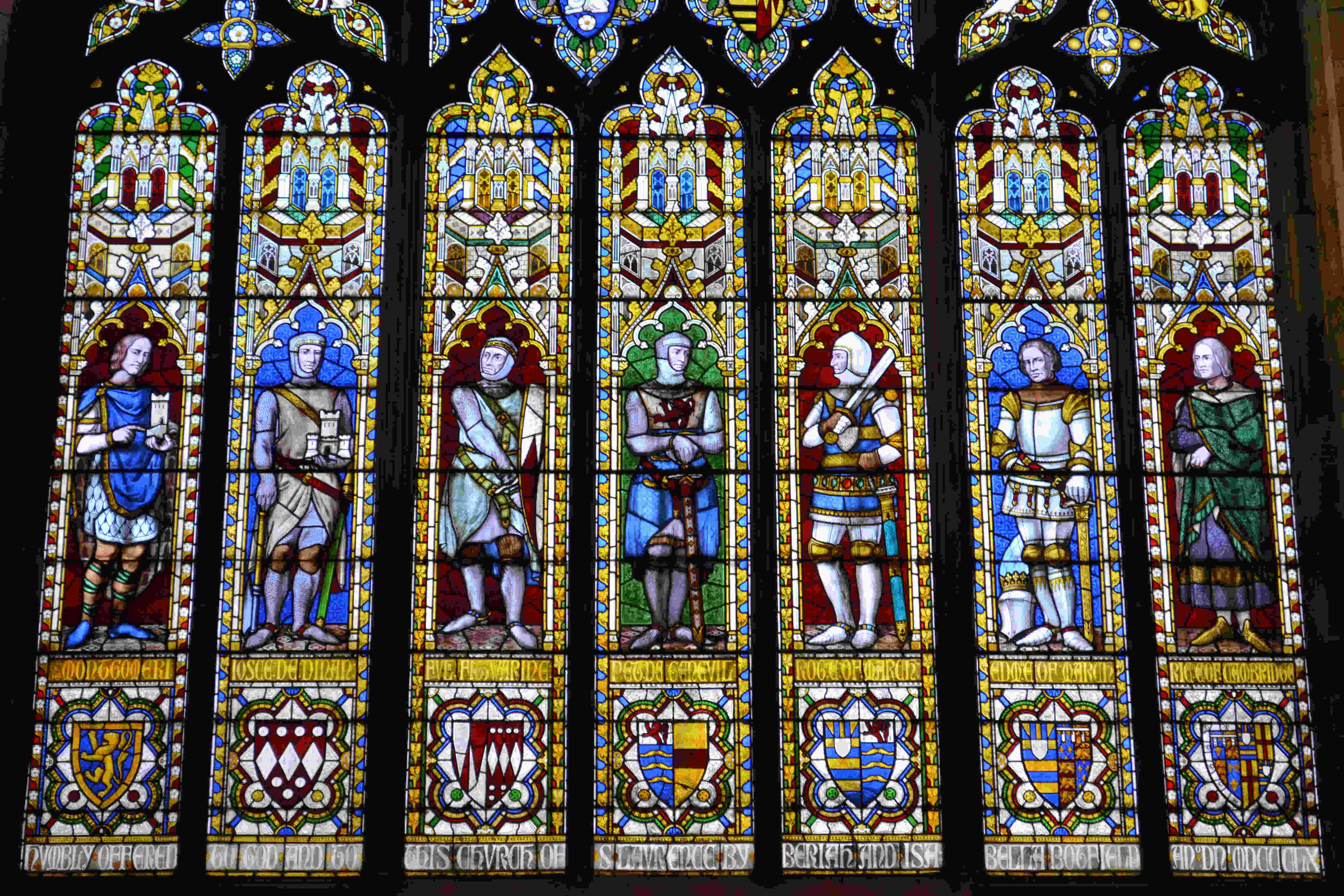 The stone tracery of this window dates from the remodelling of the church in the second quarter of the 15th century; but the glass is all 19th Century.

The glass was installed under the supervision of Gilbert Scott during the 1859-60 restoration. The artist was Thomas Willement, the 'Father of Vicorian Stained Glass'. ...read more... 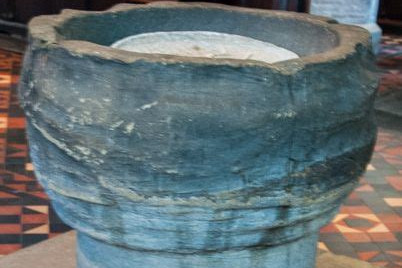 The font dates from the 12th Century and is the oldest feature of the Church. For centuries it was used as a water butt before being restored to the Church in the 19th Century. It was moved from the south aisle to its present position in 2020.

The indentations in the rim are where the hinges and lock were attached in the middle ages. 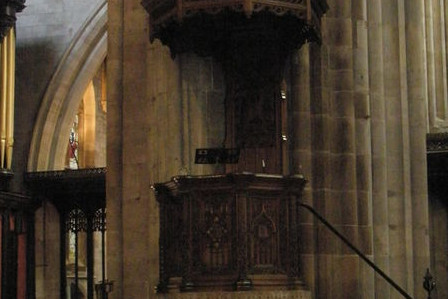 The pulpit was designed in 1910 by J. Oldrid Scott, the architect of the west front of Hereford Cathedral and the son of Gilbert Scott who carried out the 1859-60 restoration. 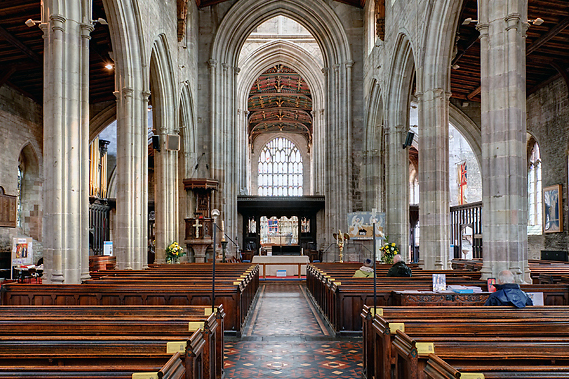 Before 1859 the body of the nave was filled with high sided box pews. These were replaced with conventional pews in 1860 by Gilbert Scott. These in turn were removed in 2019 to make the nave a more flexible space.

« back to Tour of St Laurence's